Página 3
... banks of the river. With this brief statement of ihe events which immediately
preceded my being called to the comjmand of the troops at Washington, I
proceed to an account, from such authentic data as are at hand, of my military
operations ...
Página 7
On the Virginia bank of the Potomac the brigade organization of General
McDowell still existed, and the troops were stationed at and in rear of Fort
Corcoran, Arlington, and Fort Albany, at Fort Runyan, Roach's Mills, Cole's Mills,
and in the ...
Página 12
A fifth army corps, to be commanded by Major General N. P. Banks, will be fori^
ed from his own and General Shields's (late General Lander's) division. {*
Abraham Lincoln." The following order, which was made as soon as
circumstances ...
Página 13
Fifth corps, Major General N. P. Banks,* divisions, Williams and Shields. " The
cavalry regiments attached to divisions will, for the present, remain so.
Subsequent orders will provide for these regiments, as well as for the reserve
artillery.
Página 15
... 30th New York volunteers. FIFTH CORPS, GENERAL BANKS. Cavalry. — 1st
Maine, 1st Vermont, 1st Michigan, 1st Rhode Island, 5th and 8th New York,
Keyes's battalion of Pennsylvania, 18 companies of Maryland, 1 squadron of
Virginia.
Siguiente » 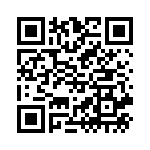