Página 38
The opposite side of the recess contained ( as far as I could discern , for it lay in
shadow , and I could at any rate have seen it but imperfectly from the place where
I was seated , ) one or two guns , together with swords , pistols , and other arms ...
Página 207
I have enough of money , " said I , attempting to reach my hand towards my side -
pocket ; “ unloose these bandages , and I will pay you on the spot . " This hint
appeared to move her , and she was approaching the bed - side , as I hoped , to
...
Página 213
I was too much exhausted to continue the argument ; and still numbed and torpid
in all my limbs , permitted myself without reluctance to be placed on a horse
brought for the purpose . My formidable conductor rode on the one side , and ... 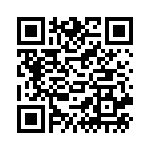