Thomas Watson is a poet, writing since age ten, and a young Christian at the age of sixty-three. Retired from the Air Force and currently employed as a County Legal Clerk, Thomas enjoys his new found love for Christ in his writings and through the fellowship of his friends at Valley Baptist Church of San Rafael, California. He has been blessed with a step-daughter, two grand daughters, and three great grandchildren who, though distant in miles, are always close in his heart. He also has a sister who knew the secret of the mighty love of Christ as a child, and has shared it with those she has known through her compassion and beautiful heart. Professing that the words he writes belong to God, Thomas enjoys reading to the congregation an occasional poem, wishing to glorify Him. Tom currently lives in Novato, California, with his dog, Tippie.

Charles Haddon Spurgeon (1834-1892) became the pastor of London's famed New Park Street Church at the age of twenty. He wrote numerous books, including The Treasury of David. 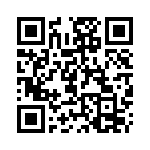