Página 186
His the papers of the presentations at the recent daughter Angel married Col. Digby Foulke , levee , every new peer being described as son of Col. Francis Foulke by Anne Gifford , created , baronet as of Whiteladies .
Página 207
But Matilda , eventual glass , not inuch light comes through , but the coheiress of her father John de Montford dial records the time accurately from 2 P.M. ( Dugdale , p . 799 ) , married Bartholomew de ...
Página 334
Governor of Peel rightly so , as there was a distinct license to His sister Jane married Thomas Samsbury , of embattle in , I think , the fourteenth century . Ronaldsway , and died sp . He purchased that SHERBORNE . estate froni her ... 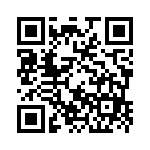