Página 27
EXPORTS . a . Enumerated colonial products may be exported only to Great
Britain , British colonies , and West Africa . The enumerated products likely to
affect Boston ' s trade were tobacco , cotton , indigo , dyewoods , molasses ,
sugar , rice ...
Página 39
THE WEST INDIA TRADE As of old , Boston ' s most extensive and valuable
branch of commerce , was that with the British and foreign West Indies . In
character it was the same as in the beginning - exports of dried fish , lumber and
country ...
Página 47
Judging from a table of 1766 , the average burthen of Boston ' s West India fleet
was about 65 tons , ' about half the vessels being square - rigged , and the rest ,
schooners and sloops . Further analyzing these shipping statistics we find that of
... 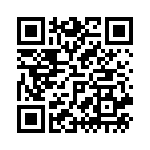