Carl Woodring is Woodberry Professor Emeritus of Literature at Columbia University. He is the author of numerous books, including Politics in English Romantic Poetry, Wordsworth, Virginia Woolf, and Nature Into Art: Cultural Transformations in Nineteenth-Century Britain. He is the editor of Table Talk in the Collected Works of Samuel Taylor Coleridge, The Columbia History of British Poetry, and, with James Shapiro, The Columbia Anthology of British Poetry. 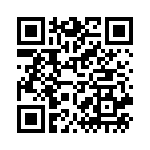