it is a good book

Página 6 - I am convinced that those societies (as the Indians) which live without government, enjoy in their general mass an infinitely greater degree of happiness than those who live under the European governments.
Aparece en 154 libros desde 1769-2007
Página 147 - The people shall be secure in their persons, houses, papers and possessions from unreasonable searches and seizures, and no warrant to search any place or to seize any person or things shall issue without describing them as nearly as may be, nor without probable cause, supported by oath or affirmation subscribed to by the affiant.
Aparece en 364 libros desde 1804-2007
Más
Página 73 - ... and no person shall be rendered incompetent to be a witness on account of his opinions on matters of religious belief; but the liberty of conscience hereby secured shall not be so construed as to excuse acts of licentiousness, or justify practices inconsistent with the peace or safety of this state.
Aparece en 477 libros desde 1804-2008
Página 138 - Cherokees — The President of the United States has sent me, with a powerful army, to cause you, in obedience to the treaty of 1835, to join that part of your people who are already established in prosperity on the other side of the Mississippi. Unhappily, the two years which were...
Aparece en 48 libros desde 1840-2008
Página 147 - No person shall, for the same offense, be twice put in jeopardy of his life or limb...
Aparece en 190 libros desde 1803-2007
Página 99 - An act to provide for an exchange of lands, with the Indians residing in any of the States or Territories, and for their removal west of the Mississippi...
Aparece en 183 libros desde 1813-2007
Página 147 - ... to have compulsory process for obtaining witnesses in his favor, and in prosecutions by indictment or information, a speedy public trial by an impartial jury of the vicinage...
Aparece en 184 libros desde 1804-2006
Página 34 - I feel much alarmed at the prospect of seeing General Jackson President. He is one of the most unfit men I know of for such a place. He has had very little respect for laws or constitutions, and is, in fact, an able military chief. His passions are terrible.
Aparece en 89 libros desde 1858-2008
Menos

Amy H. Sturgis is Assistant Professor of Interdisciplinary Studies at Belmont University. She is the author of numerous books, book chapters, and articles in both Native American and Science Fiction/Fantasy Studies, including Presidents from Washington through Monroe, 1789-1825 (Greenwood 2001) and Presidents from Hayes through McKinley, 1877-1901 (Greenwood 2003). Her official website is www.amyhsturgis.com. 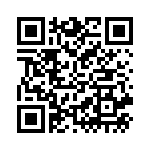