Página 237
... weeks of the number seven , it seems probable that eight days each ; but until about the be- the names would have ... in the order the seven days ' week seems to have been of apaprent size , or in that of supposed unknown to them .
Página 290
The in a cobwebby structure , from which it male apparently plays that distressingly has again to be rescued , when it is able subordinate part which Nature seems to to walk about a little and receive nour- assign to him in the insect ...
Página 533
After parting company ment , we are mistaken in , || which man , 1 with these levellers , Mr. Bryant did not would seem . Add the familiar artiste , however , make a halt at the conviction cortége , début , dépôt , employé , en route ... 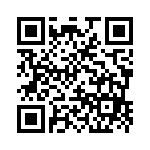