Novelist, short-story writer, essayist, critic, poet, Helen Barolini is the recipient of numerous prizes, including an NEA grant and an American Book Award. Her books include Umbertina; The Dream Book: An Anthology of Writings by Italian-American Women; and More Italian Hours, and Other Stories. 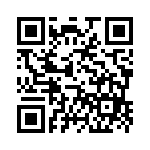