Página 87
This religion has ing lion of Zabara is perfect , each in its kind . ... We make no
accusations - We state facts of world - wide no - properties lying latent within its
round All men , considered toriety . ... Like Harry the idea of human brotherhood
as taught and practised by its Bertram , in the romance of Guy Mannering , they
do not know founder . The idea of justice , common to all religions , so far the
fields that are their own , their ancestral rights , nor yet the from being practised
upon , is ...
Página 345
Of these facts very many have been “ Though the earth and all the inferior
creatures be common to detailed in this paper , and this for the present does
away with all men , yet every man has a property in his own person . This the
necessity of ...

Página 225 - And he lighted upon a certain place, and tarried there all night because the sun was set ; and he took of the stones of that place, and put them for his pillows, and lay down in that place to sleep.
Aparece en 1181 libros desde 1730-2008
Página 225 - It stood still, but I could not discern the form thereof: an image was before mine eyes, there was silence, and I heard a voice, saying, ""Shall mortal man be more just than God?
Aparece en 660 libros desde 1741-2008
Más
Página 362 - Tis the still water faileth ; Idleness ever despaireth, bewaileth; Keep the watch wound, for the dark rust assaileth; Flowers droop and die in the stillness of noon. Labor is glory! — the flying cloud lightens; Only the waving wing changes and brightens ; Idle hearts only the dark future frightens : Play the sweet keys, wouldst thou keep them in tune!
Aparece en 267 libros desde 1814-2007
Página 224 - And he said unto Abram, Know of a surety that thy seed shall be a stranger in a land that is not theirs, and shall serve them; and they shall afflict them four hundred years...
Aparece en 583 libros desde 1802-2008
Página 343 - The labour of his body, and the work of his hands, we may say, are properly his. Whatsoever, then, he removes out of the state that nature hath provided and left it in, he hath mixed his labour with, and joined to it something that is his own, and thereby makes it his property.
Aparece en 707 libros desde 1764-2008
Página 209 - POLARITY, or action and reaction, we meet in every part of nature; in darkness and light; in heat and cold ; in the ebb and flow of waters ; in male and female ; in the inspiration and expiration of plants and animals ; in the equation of quantity and quality in the fluids of the animal body; in the systole and diastole of the heart; in the undulations of fluids and of sound; in the centrifugal and centripetal gravity; in electricity, galvanism, and chemical affinity.
Aparece en 163 libros desde 1808-2008
Página 308 - Brother ! For us was thy back so bent, for us were thy straight limbs and fingers so deformed: thou wert our Conscript, on whom the lot fell, and fighting our battles wert so marred.
Aparece en 248 libros desde 1829-2008
Página 343 - labour" being the unquestionable property of the labourer, no man but he can have a right to what that is once joined to, at least where there is enough, and as good left in common for others.
Aparece en 478 libros desde 1764-2008
Página 106 - Which in the poet's tropic heart bear flowers Whose fragrance fills the earth. Within the hearts of all men lie These promises of wider bliss, Which blossom into hopes that cannot die, In sunny hours like this. All that hath been majestical In life or death, since, time began, Is native in the simple heart of all, The angel heart of man. And thus, among the untaught poor, Great deeds and feelings find a home, That cast in shadow all the golden lore Of classic Greece and Rome.
Aparece en 118 libros desde 1842-2007
Página 209 - An inevitable dualism bisects nature, so that each thing is a half, and suggests another thing to make it whole; as, spirit, matter; man, woman; odd, even; subjective, objective; in, out; upper, under; motion, rest; yea, nay.
Aparece en 200 libros desde 1808-2008
Menos 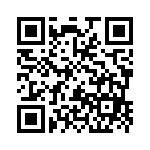