The material is clearly unabridged TR as he was at the time of the Spanish American war. He briefly memorializes many of the men he served with, some of whom are easily recognizable to any US history ... Leer comentario completo

This is the Taylor edition of Roosevelt's regimental history of the 1st United States Volunteer Calvary. Leer comentario completo

Theodore Roosevelt (1858-1919) was the 26th president of the United States, the youngest man ever to serve in the office. In his vigorous and varied life he was also a reformer, rancher, conservationist, hunter, prolific historian, police commissioner, soldier, and the 33rd governor of New York.

Louis Auchincloss (1917-2010) was the author of more than 50 works of fiction, literary criticism, biography, and history. 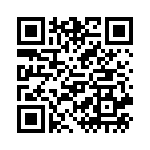