Ted Tunnell, a professor of history at Virginia Commonwealth University, is the editor of Carpetbagger from Vermont: The Autobiography of Marshall Harvey Twitchell and the author of Edge of the Sword: The Ordeal of Carpetbagger Marshall H. Twitchell in the Civil War and Reconstruction. 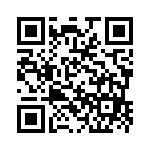