Página 2
The inspired writers tell of its frahe prepared was for the most glorious of grance and flowers ; its box , fir , and pine earthly shrines . trees ; its thistles , thickets , and cedars ; The mountains of every land are a won . its ...
Página 250
After a cursory examination Bay , on the north - west coast of Iceland , of some of the deep fiords which run inwhich , notwithstanding the popular belief land for a considerable distance - several to the contrary , is as free from ice ...
Página 395
Hunyadi , however , with ments , he formed a close alliance with the a bitter heart , submitted to the law of the Palatin , Ladislas of Gara , and the Vaj- | land . He was only the representative of vode of Transylvania . 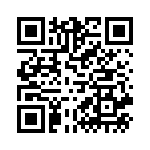