Donald Pearce's books include Blake in His Time (with Robert Essick), The Senate Speeches of W. B. Yeats, and Journal of a War. He is Professor of English, emeritus, at the University of California, Santa Barbara. 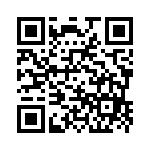