An American Iliad: the story of the Civil War

Like many other Civil War historians, Roland here summarizes the results of years of research and writing in a narrative aimed at the general reading public. He tackles most of the important topics ... Leer comentario completo

Charles P. Roland is professor emeritus of history at the University of Kentucky. 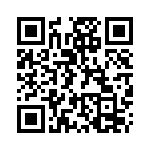