Robert F. Engs is Professor of History at the University of Pennsylvania. He is the author of Freedom's First Generation: Black Hampton, Virginia, 1861-1890 and Educating the Disfranchised and Disinherited: Samuel Chapman Armstrong and Hampton Institute, 1839-1893. Randall M. Miller is Professor of History and the William Dirk Warren '50 Sesquicentennial Chair at Saint Joseph's University, Philadelphia. He is the author or editor of numerous books, including "Dear Master": Letters of a Slave Family, Dictionary of Afro-American Slavery, and Catholics in the Old South: Essays on Church and Culture. 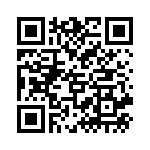