From civil to political religion: the intersection of culture, religion and politics

Responding to the rupture between religion and the political order, 18th-century political philosopher Jean-Jacques Rousseau devised a "new" religion civil religion by which the state could impose ... Leer comentario completo

Página 52 - With a good conscience our only sure reward, with history the final judge of our deeds, let us go forth to lead the land we love, asking His blessing and His help, but knowing that here on earth God's work must truly be our own.
Aparece en 339 libros desde 1883-2008
Página 131 - God has not been preparing the English-speaking and Teutonic peoples for a thousand years for nothing but vain and idle self-contemplation and self-admiration. No! He has made us the master organizers of the world to establish system where chaos reigns.
Aparece en 224 libros desde 1900-2008
Más
Página 50 - It is the right as well as the duty of all men in society, publicly, and at stated seasons, to worship the SUPREME BEING, the great Creator and Preserver of the universe.
Aparece en 358 libros desde 1803-2008
Página 32 - There can be no society which does not feel the need of upholding and reaffirming at regular intervals the collective sentiments and the collective ideas which make its unity and its personality.
Aparece en 120 libros desde 1908-2007
Página 245 - Our government makes no sense unless it is founded in a deeply felt religious faith - and I don't care what it is," and isn't that a complete negation of any real religion?
Aparece en 213 libros desde 1876-2008
Página 131 - And of all our race He has marked the American people as His chosen nation to finally lead in the regeneration of the world.
Aparece en 240 libros desde 1900-2008
Página 116 - Above the pyramid on the great seal of the United States it says — in Latin — "God has favored our undertaking." God will not favor everything that we do. It is rather our duty to divine His will. But I cannot help believing that He truly understands and that He really favors the undertaking that we begin here tonight.
Aparece en 34 libros desde 1965-2007
Página 22 - The existence of a powerful, intelligent, beneficent divinity that foresees and provides; the life to come; the happiness of the just; the punishment of the wicked; the sanctity of the social contract and of the laws.
Aparece en 121 libros desde 1873-2008
Página 193 - As long as there are States, so there will be national pride, and nothing can be more warranted. But societies can have their pride, not in being the greatest or the wealthiest, but in being the most just, the best organized and in possessing the best moral constitution.
Aparece en 21 libros desde 1958-2006
Menos

Marcela Cristi currently teaches sociology at the University of Waterloo. 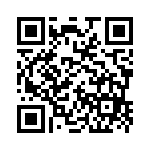