Página 5
Think, for example, about accounts of the American Revolution. The story begins
at the end of the French and Indian War, as Britain imposes taxes to pay for the
defense of the colonies. As the colonists become increasingly upset about the ...
Página 140
Similarly, the American Revolution is one of the most frequently covered topics in
both fifth and eighth grades, yet when asked about it later, students often
remember only a string of unrelated people, events, and documents, and their ...
Página 180
A Achievement standards of, 31 student monitoring of, 72 Activities, see also
American History; Authentic activities; ... The, 66 American Girls books, 149
American history, 4, 22, 34, 158, see also American Revolution; Civil War;
Columbus; ... 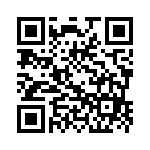