Pįgina 9 - For here we are not afraid to follow truth wherever it may lead, nor to tolerate error so long as reason is left free to combat it.
Aparece en 214 libros desde 1854-2008
Pįgina 25 - Private ethics teaches how each man may dispose himself to pursue the course most conducive to his own happiness, by means of such motives as offer of themselves : the art of legislation...
Aparece en 44 libros desde 1823-2008
Mįs
Pįgina 210 - But it is not the inclusion or exclusion of others that is vital to self-definition; it is the ability to regulate contact when desired. If I can control what is me and not me, if I can define what is me and not me, and if I can observe the limits and scope of my control, then I have taken major steps toward understanding and defining what I am. Thus privacy mechanisms serve to help me define me.
Aparece en 12 libros desde 1971-1995
Pįgina 69 - I slept, and dreamed that life was beauty ; I woke, and found that life was duty. Was thy dream then a shadowy lie ? Toil on, sad heart, courageously, And thou shalt find thy dream to be A noonday light and truth to thee.
Aparece en 330 libros desde 1841-2008
Pįgina 25 - ... the art of legislation (which may be considered as one branch of the science of jurisprudence) teaches how a multitude of men, composing a community, may be disposed to pursue that course which upon the whole is the most conducive to the happiness of the whole community, by means of motives to be applied by the legislator.
Aparece en 39 libros desde 1823-2004
Pįgina 147 - There must be something the matter with him because he would not be acting as he does unless there was therefore he is acting as he is because there is something the matter with him...
Aparece en 15 libros desde 1971-2007
Pįgina 7 - Fundamentally, action on the part of a human being consists of taking account of various things that he notes and forging a line of conduct on the basis of how he interprets them. The things taken into account cover such matters as his wishes and wants, his objectives, the available means for their achievement, the actions and anticipated actions of others, his image of himself, and the likely result of a given line of action.
Aparece en 8 libros desde 1936-2003
Pįgina 159 - What have you lost?" a policeman asks who has entered the scene. "The key to my house.
Aparece en 7 libros desde 1969-2005
Menos 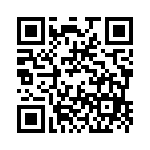