Actually quite good, if a bit repetitive and in some place contradictory. Oakes clearly lays out Lincoln's longstanding opposition to slavery, as opposed to his abolition-by-convenience reputation ... Leer comentario completo

Mr Oakes concludes this book with denial of writing a "dual biography." Despite this claim, the insight he provides with investigation of each man's words, Mr Oakes paints two near biographical ... Leer comentario completo

James Oakes is one of our foremost Civil War historians and a two-time winner of the Lincoln Prize for his works on the politics of abolition. He teaches at the Graduate Center of the City University of New York. 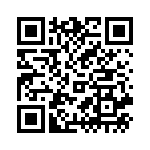