Shop for Books on Google Play

Browse the world's largest eBookstore and start reading today on the web, tablet, phone, or ereader.

What people are saying - Write a review

We haven't found any reviews in the usual places.

Scott Perreaults journey in the radio communications world began the fall of 1976 at a local FM station. Scott continued honing his skills with special communication summer workshop at Bradley University (Peoria, IL). Scott attended both Harvard University (Cambridge, MA) and Hamline University (St. Paul, MN). While attending college, Scott was selected in 1980 to the USA Debate team vs. England. Scott continued his on-air broadcasting career each summer for the next eight years while teaching and coaching at the high school level. He is a recipient of the NFL Double Diamond Key Coaching Award. Scotts political journey began in high school, as he was involved in helping local school board candidates. In college Scott was active with the John Anderson Presidential campaign and was a caucus delegate. During many State races Scott was involved in the headquarters phone banks and Election Day reporting operations. Scott continued his interest in politics as a radio new director covering political conventions and candidate interviews. Today, Scott works for Republican, Democrat and Independent candidates or special interest groups as a copywriter, voice talent and advisor (www.scottradio.com). On occasion Scott serves with specific candidates as media advisor. In 2006 Scott Perreault is the media Advisor for the Democratic US Senate Candidate in Texas. Scott is involved with his church, where he cantors and with this national fraternity, Alpha Tau Omega, where Scott served as regional director. This Fraternity is a social fraternity, which fosters the development of tomorrows leaders. 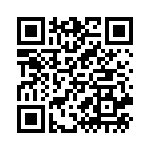