Presidential leadership: rating the best and worst in the White House

James Taranto is editor of OpinionJournal.com, the website of The Wall Street Journal's editorial page.

Leonard Leo serves as executive vice president of the Federalist Society, an organization of 35,000 lawyers and other individuals committed to limited, constitutional government as envisioned by the framers of the Constitution.

William J. Bennett served as Director of the Office of National Drug Control Policy under President George H. W. Bush and as Secretary of Education and Chairman of the National Endowment for the Humanities under President Reagan. He holds a bachelor of arts degree in philosophy from Williams College, a doctorate in political philosophy from the University of Texas, and a law degree from Harvard. He is the author of such bestselling books as The Educated Child, The Death of Outrage, The Book of Virtues, and the two-volume series America: The Last Best Hope. Dr. Bennett is the former host of the nationally syndicated radio show Bill Bennett's Morning in America and the current host of the popular podcast, The Bill Bennett Show. He is also the Washington Fellow of the Claremont Institute and a regular contributor to CNN. He, his wife, Elayne, and their two sons, John and Joseph, live in Maryland. 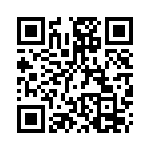