JAMES R. BOWERS is an Assistant Professor of Political Science at St. John Fisher College in Rochester, New York. He is the author of Regulating the Regulators: An Introduction to the Legislative Oversight of Administrative Rulemaking (Praeger, 1990) and American Stories: Case Studies in Politics and Government. 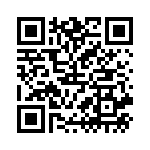