Página 800
In cities , villages and incorporated towns having a population less than 25,000 as determined by the last federal census , the election commissioners shall receive a salary of not less than $ 1,800 and not more than $ 2,400 per annum .
Página 1214
... in a newspaper published in the county and in general circulation in the township or tax assessment district not more than 30 nor less than 10 days before the assembly . At the time of publishing such notice , a press release giving ...
Página 1787
Section 1 of “ An Act in relation to the compensation of Sheriffs , Coroners , County Treasurers , County Clerks , Recorders and Auditors with their necessary clerk hire , stationery , fuel and other expenses , in counties of less than ... 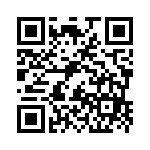