Página 55
enemy during the chace, I made the signal for the- squadron to form upon the larboard-line of bearing, ... we observed the enemy's disabled ship, with the one that had her in tow, to be so far to leeward, and separated from their own ...
Página 97
As we approached 1 made the signal for each ship to engage as she came up with the enemy, and «t nine o'clock began ... manner to merit my approbation, by drawing off the attention of the enemy's gun-boats, of which they had two also.
Página 130
wind north by west, standing on the larboard tack, I discovered nine sail of the enemy's ships, six of the line, two of which I judged to be of eighty guns, and three large frigates, who directly gave chase to " His Majesty's ships ... 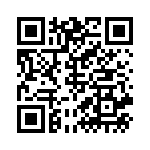