Pįgina 7
... and make known the same to the President or to some judge of the United
States, or to the governor or to some judge or justice of a particular State, is guilty
of misprision of treason, judge of a court of record, is guilty of misprision Act Wo.
Pįgina 35
Whoever, having knowledge that any person has committed treason, or is about
to commit treason, willfully omits or refuses to give information thereof to the
governor, or some judge of the State, or to the President of the United States, is
guilty ...
Pįgina 39
... judge best for the public welfare. SEC. 215. If, during any insurrection, rebellion
, or unlawful obstruction of the laws, as set forth in section 209 of this chapter, the
governor of the State in his judgment shall deem the public safety requires it, ... 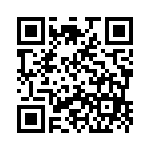