Página 264
As Mr. B. must necessarily start with strong prejudices against him , it is but justice to himself to endeavour to conciliate the public favour on the ground of the uprightness of his design , as well as on the score of the laborious ...
Página 266
As a presumptive argument in favour of his own hypothesis , he states , in limine , that , of the eight writers of the N.T. ( viz . Matthew , Mark , Luke , John , Paul , James , Peter , and Jude , ) six ( viz .
Página 273
Thus this celebrated text , admitting of a fair interpretation consistently with the proper humanity of Jesus Christ , if not decisive in favour of this doctrine , may at least be regarded as neutral . It is one of those passages of ... 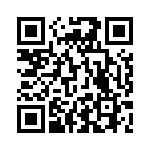