Stephen B. Oates is the author of sixteen books, including "The Approaching Fury; With Malice Toward None: A Life of Abraham Lincoln " and " Let the Trumpet Sound: A Life of Martin Luther King, Jr., " the latter two books winning, respectively, the Christopher Award and the Robert F. Kennedy Memorial Book Award. They have been translated into several languages.

Oates was a consultant and "talking head" in Ken Burns's "Civil War " series on PBS, and is a recipient of the Nevins-Freeman Award of the Chicago Civil War Round Table for lifetime achievement in the field of Civil War studies. A teacher at the University of Massachusetts, Amherst, he is now writing the concluding book of the Voices of Storm trilogy, about the years of Reconstruction, 1865-1877. 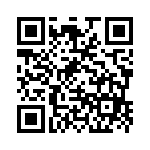