Michael J. Perry holds the University Distinguished Chair in Law at Wake Forest University. From 1982 to 1997, he taught at the Northwestern University School of Law, where he held the Howard J. Trienens Chair in Law. Perry is the author of several books, including The Idea of Human Rights: Four Inquiries (Oxford, 1998), Religion in Politics: Constitutional and Moral Perspectives (Oxford, 1997), The Constitution in the Courts: Law or Politics? (Oxford, 1994), and Love and Power: The Role of Religion and Morality in American Politics (Oxford, 1991). 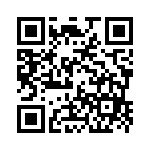