Página 78 - We consider the underlying fallacy of the plaintiff's argument to consist in the assumption that the enforced separation of the two races stamps the colored race with a badge of inferiority. If this be so, it is not by reason of anything found in the act, but solely because the colored race chooses to put that construction upon it.
Aparece en 613 libros desde 1798-2008
Página 81 - The liberty mentioned in that amendment means not only the right of the citizen to be free from the mere physical restraint of his person, as by incarceration, but the term is deemed to embrace the right of the citizen to be free in the enjoyment of all his faculties ; to be free to use them in all lawful ways ; to live and work where he will ; to earn his livelihood by any lawful calling ; to pursue any livelihood or avocation, and for that purpose to enter into all contracts which may be proper,...
Aparece en 466 libros desde 1866-2008
Más
Página 115 - It does not authorize Congress to create a code of municipal law for the regulation of private rights; but to provide modes of redress against the operation of State laws, and the action of State officers executive or judicial, when these are subversive of the fundamental rights specified in the Amendment.
Aparece en 177 libros desde 1798-2008
Página 3 - No amendment shall be made to the Constitution which will authorize, or give to Congress the power to abolish or interfere, within any State, with the domestic institutions thereof, including that of persons held to labor or service by the laws of said State.
Aparece en 459 libros desde 1833-2007
Página 15 - And an act of Congress which deprives a citizen of the United States of his liberty or property, merely because he came himself or brought his property into a particular Territory of the United States, and who had committed no offence against the laws, could hardly be dignified with the name of due process of law.
Aparece en 239 libros desde 1857-2007
Página 14 - That, as our Republican fathers, when they had abolished Slavery in all our national territory, ordained that ' no person should be deprived of life, liberty, or property, without due process of law...
Aparece en 375 libros desde 1844-2008
Página 84 - All citizens of the United States shall have the same right, in every State and Territory, as is enjoyed by white citizens thereof to inherit, purchase, lease, sell, hold, and convey real and personal property.
Aparece en 468 libros desde 1776-2008
Página 80 - If two or more persons conspire to injure, oppress, threaten, or intimidate any citizen in the free exercise or enjoyment of any right or privilege secured to him by the Constitution or laws of the United States...
Aparece en 619 libros desde 1798-2008
Página 31 - We arraign this bill as a gross violation of a sacred pledge; as a criminal betrayal of precious rights; as part and parcel of an atrocious plot to exclude from a vast unoccupied region immigrants from the Old World and free laborers from our own States, and convert it into a dreary region of despotism, inhabited by masters and slaves.
Aparece en 201 libros desde 1854-2008
Menos

Alexander Tsesis is Assistant Professor at at the Loyola University School of Law, Chicago. 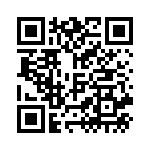