JULIE HEDGEPETH WILLIAMS is Assistant Professor at Samford University in Birmingham-Alabama, where she teaches journalism history and media writing. She is the co-author of The Early American Press, 1690-1783 (Greenwood, 1994) which received the Choice Outstanding Academic Book award in 1995. 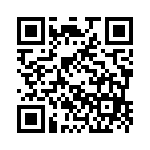