Página 11
His course of action , he said , would be to hold the forts and other government
property , collect taxes , and deliver the mails ... An unhappy tangle of events ,
with some discredit on both sides , led to hostilities at Fort Sumter , South
Carolina .
Página 20
... by the side of the Lincoln administration . The word Copperhead was yet
unknown . On the day that the garrison at Fort Sumter , colors flying and drums
sounding , surrendered , Stephen A . Douglas sought an interview with his old
rival .
Página 35
He had chosen peaceful means , but the attack on Fort Sumter forced the issue , "
immediate dissolution , or blood . ” He was left , he said , no choice but to call out
the war power of the government . The alternative was to surrender the ... 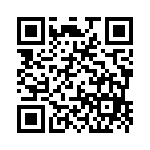