Página 27
Prepare for schools single objects and groups of objects with such labels ,
leaflets , lantern slides , and instructors as the ... and lend these to schools as the
school authorities may designate , all being fitted , of course , to make easier the
work ...
Página 87
This is studied , described , characterized , and used as the basis of work , both in
the school department and in the ... In the larger parks , they have erected , in
consultation with representatives of the museum and the schools , several ...
Página 191
In telling what a museum for schools is not , I have quite clearly stated what it is .
... Louis does , $ 12 , 000 to $ 15 , 000 per year on the upkeep of a school
museum . This lending museum for schools is very much like a lending library .
Before ... 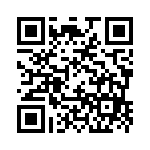