Elliott Shore is Professor of History and Director of Libraries at Bryn Mawr College. With Frank Trommler, he has helped to reestablish the library of the German Society of Pennsylvania. 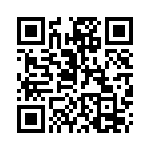