Página xx
A number of scholars of religious history have written on the churches ' role in the
war and on clerical nationalism . 25 Still , written mainly from an institutional
perspective , these works , with a few exceptions , 26 rarely address the soldier ' s
...
Página 153
Written by W . Tudor - Pole , an author of several works on religious topics ,
Private Dowding was a book in demand , whose third reprinting in November
1917 roughly coincided with the assault on Passchendaele . The book should be
...
Página 259
8 Moreover , the written evidence points in another direction , suggesting a gap
between what soldiers spoke about religion and the war , and what they wrote
about it . For as Lieutenant Eric Marchant ' s letter previously quoted in Chapter 4
...

RICHARD SCHWEITZER is an independent scholar. His articles on war and culture have appeared in Weber Studies, Film and History, and War & Society. 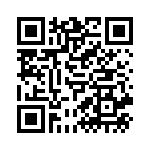