Página 275
seen the possibility of intervention from Kentucky , and he had tried his utmost to
forestall it . Early in July , he had written Senator Crittenden , asking him to take
no part in the approaching campaign which would offend his friends in Illinois .
Página 279
Thousands of Whigs dropped us just on the eve of the election , through the
influence of Crittenden , " wrote Lincoln's law partner to a friend in the East.33 "
Senator Crittenden is entitled to the credit of defeating Mr. Lincoln , ' said the
Chicago ...
Página 292
I think to lose Kentucky , " wrote Lincoln to Senator Browning , “ is nearly the
same as to lose the whole game . Kentucky gone , we cannot hold Missouri , nor ,
as I think , Maryland . These all against us , and the job on our hands is too large
for ... 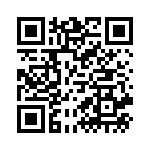