Página 13
Popular French still retains the l on a plate . ” “ Observation ” about changed to r , in the last syllable of amandre , Then follows as in Sp . almendra , whence , indirectly what some cooks do in elaboration .
Página 211
different head , I have a mug which shows the bridge , and E RE 1808 , and on the other side not the part of pottery works , at which , no doubt , Republic , still recognized on the French the mugs were made . Thos .
Página 317
PerUrban V. was of French or Provençal haps INSHRIACH has not seen T. H. Huxley's extraction , being the son of Grimoard , lord ' On the Method of Zadig , ' the first essay in of Grisac in the Gévaudan , which is said that author's ... 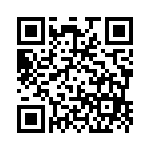