FORD RISLEY associate professor of communications and head of the Department of Journalism at Penn State. He is the author of articles on the antebellum and Civil War press and published in American Journalism, Civil War History, Georgia Historical Quarterly, and Jounralism History. 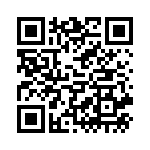