Susan B. Anthony: a biography of a singular feminist

In this life of Anthony, Barry has produced a scholarly but very readable biography of the great women's rights activist. She explores the interaction of her subject's family background, education ... Leer comentario completo 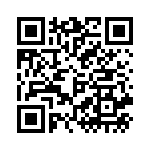