Página 81
61 Likewise , the following year Allen Geer of the Twentieth Illinois noted an
exceptional Sunday simply : “ Spent the Sabbath properly , all business
suspended . ” 62 Another common expectation for Sunday was that it be a day of
spiritual ...
Página 153
Heard a very good sermon preached by our Chaplin , ” James Wren of the Forty -
eighth Pennsylvania noted in his diary one Sunday in June 1862 . 37
Confederate soldier James Iredell Hall wrote that his chaplain was a wonderfully
attractive ...
Página 245
Daniel Sober of the Sixth Pennsylvania Heavy Artillery noted in his diary on
September 4 , 1864 , “ Was at Prayer meeting and preaching in camp . Attended
service in the roaring rain . " 53 As it had been the previous year , the religious ...

While God is marching on: the religious world of Civil War soldiers

Woodworth (history, Texas Christian Univ.; Jefferson Davis and His Generals) has written an extensively researched volume that through diaries, letters, and reminiscences explores the relationship of ... Leer comentario completo

Steven E. Woodworth was born on January 28, 1961. He received a B.A. in history from Southern Illinois University in 1982 and a Ph.D. from Rice University in 1987. He is a professor of history at Texas Christian University and an expert on the Civil War. He has written a number of books on the topic including Jefferson Davis and His Generals: The Failure of Confederate Command in the West, While God Is Marching On: The Religious World of Civil War Soldiers, Nothing but Victory: The Army of the Tennessee 1861-1865, Manifest Destinies: Westward Expansion and the Civil War, and This Great Struggle: America's Civil War. 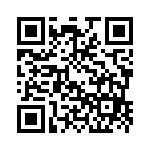