E. Robert Statham, Jr. is Associate Professor of Political Science and Chair of the Division of Social and Behavioral Sciences at the University of Guam. 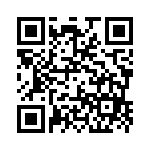