Jerrold Packard is the author of the best-selling Victoria's Daughters, and most recently American Nightmare. Mr. Packard lives in Vermont. 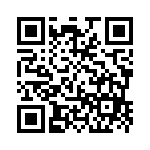