John Ashworth was born in Lancashire, England, and studied at the Universities of Lancaster and Oxford. He is currently Professor of American History in the School of American and Canadian Studies at the University of Nottingham. Professor Ashworth is the author of 'Agrarians' and 'Aristocrats': Party Political Ideology in the United States, 1837-1846, of Slavery, Capitalism and Politics in the Antebellum Republic: Volume 1: Commerce and Compromise, 1820-1850 (both of which were published by Cambridge University Press), and of numerous articles and reviews in learned journals. 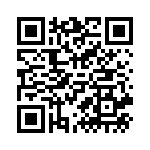