Página 230
ON ADDRESSING , BEGINNING , AND ENDING The second is the conclusion of a letter from LETTERS . ... Sir , addressed , and the most depreciatory when alluding to your most faithfull and obedient servant , Shrewsbury .
Página 261
Mickleham Henry VIII . of England , addressed the latter as Your and Mitcheldean , given in Edmunds's Names of Majesty , 1520. ” Places , as examples of the same , may derive Haydn is scarcely accurate in his implication their names ...
Página 396
such an apotheosis of a successful villain was a disgrace to Address , " Ye Booke Store , " 23 , Wigmore Street , Cavendish ... Junius , & c . , and of Controversial Works arising there LUCY N.'s query should be addressed to Mr. Sala . 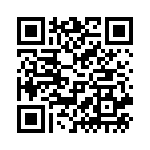