Although there are some interesting papers in here, and they are all of historical interest if you'd like to gain a thorough understanding of Hamilton, the majority of the letters consist of ... Leer comentario completo

Edward D. berkowitz is professor of history and public policy and public administration at George Washington University. He is the author of eight books and the editor of three collections. During the seventies he served as a staff member of the President's Commission for a National Agenda, helping President Carter plan for a second term that never came to be. 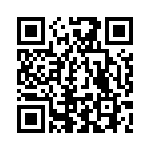