Página 45
RESURRECTION LIFE THE UNBELIEVER is dead in trespasses and sins , but
the believer , through the death and resurrection of Christ , has been made alive
unto God , and shares His divine life , energy , and ability to triumph over sin .
Página 47
They regard Christ's . death as their death , Christ's grave as their grave , Christ's
resurrection as their resurrection , and Christ's victory as their victory . They are to
remember that “ Christ being raised from the dead dieth no more ; death hath ...
Página 48
While actually thc Son of God , He clothed His divinity with humanity , and in that
human personality was as dependent upon the Father as any one of His human
brothers , But after His death and resurrection , all this was changed . No longer ... 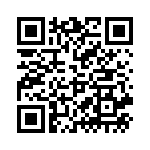