Página 77
And be it further enacted , That the said Treas- transferable has ury notes shall be transferable by delivery and assign- delivergent and assignment . ment endorsed thereon by the person to whose order the same shall , on the face ...
Página 133
of 12th March , 1840 , issued under the provisions and limitations contained in To be issued the act entitled " An act to authorize the issuing of Treas - visions and ury notes , " approved the twelfth day of October , eighteen acts of ...
Página 213
9 , v : of the Treasury or the Postmaster - General so to do , pay 12 Feb. , 1873 , over to the Treasurer of the United States , at the Treas - 17 , p .: 435 . ury , all public moneys collected by them or in their hands . 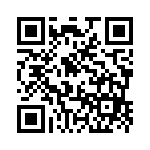