Very good, comprehensive, history of the American Civil War. Not just the battles, but the financials and diplomatic angles. Leer comentario completo

James M. McPherson is Edwards Professor of American History at Princeton University. His books include The Struggle for Equality, Marching Toward Freedom, and Ordeal by Fire. 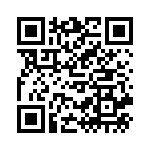