Página 122
J. D. Philbrick , late Prin . of Quincy School , now Superintendent of Schools , Boston . ... D. B. Hagar , Principal of Eliot High School , West Roxbury , Mass . , and late President of the Massachusetts State Teachers ' Association .
Página 256
It cannot , as such , do the work of a High School , nor can a High School , as such , do the work of a Normal School . This distinction is often carelessly overlooked , and will apply to the objection of another committee , who say ...
Página 354
The high cultivation of German scholars ; the multitude of those speaking the tongue ; the fact that Germany had a thorough system of German schools , Latin schools , and Universities , long before any other country , and really ... 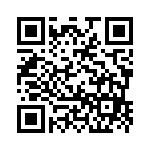