A grim and fascinating book. The amazing cruelty and self deception involved in slavery and in the post civil war era. the book raises and cannot answer the question of how a slave owner could own and ... Leer comentario completo

THE HAIRSTONS: An American Family in Black and White

A look at the largest slaveholders in the South and black and white families they spawned. Once they ruled over a pre—Civil War kingdom that spanned 45 plantations spread out over four states and ... Leer comentario completo

Henry Wiencek was series editor of the Smithsonian Guide to Historic America, a twelve-volume descriptive guide to the country's historic sites. He is author of Old Houses, with essays on the histories of eighteen American houses and the families who built them, published in association with the National Trust for Historic Preservation; two books on Southern architecture--Mansions of Virginia Gentry and Plantations of the Deep South; and several books for Time-Life. He has contributed articles to American Heritage and Smithsonian Magazine. Born in Boston and educated at Yale, he lives in Virginia with his wife, the writer Donna Lucey, and their son. 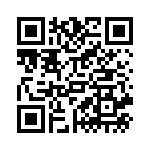